2014 has been a year of ups and downs not only for me, but for our country and world. I feel like I’ve said far too many goodbyes over the past year, heard too many stories of violence tearing families apart, and watched as political disputes exposed how nasty we can be to one another. But 2014 was also a year of hellos and sweet reunions, professional growth and much needed time with family.

As I prepare to welcome 2015, I find that I need to spend some time reflecting on all the positive things that defined 2014 in my life. So, without any further adieu, my 2014 Top Ten: 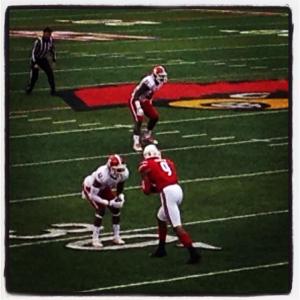 DeVante Parker takes the field at Papa John’s Cardinal Stadium for the first time in 2014!

10. Attending my first UofL football game in 10 years! Somehow, over the past 10 years, I haven’t made it home to watch UofL play football. Yes – that means I never saw Charlie Strong or Teddy Bridgewater play in person. But, this year, I got to see fellow Ballard High School alum, DeVante Parker, catch multiple touchdown passes, and cheered as Gerod Holliman tied an all-time NCAA record for interceptions. I think Papa Johns Cardinal Stadium missed me the past 10 years, and I can’t wait to return again in September!

The picture that got writing group started.

9. Writing group. After graduating from McAfee, Sara Robb and I often got together to write and watch movies. When one of our favorite people, Carol Younger, discovered that we were doing this, she asked if she could join us occasionally, which spawned our idea to start a monthly writing group. Four of us met each month to write on specific prompts, sharing our deepest joys and pains with one another through our love of words. I seriously don’t think I would have made it through the year without these ladies and this outlet for expression. I am so indebted to them.

8. Leading the Family Mission Trip at Smoke Rise Baptist Church. When Chris George mentioned that he’d like for Smoke Rise to have a family mission trip and I would have three months to plan it, I thought he was crazy. Working part time at the church alongside my full time job at CBF, I couldn’t imagine pulling off a successful trip during which parents and even the tiniest children would serve together. But, I guess God had different plans and not only did the trip go smoothly, but we were able to respond quickly and flexibly when our first mission site backed out on us two weeks before the trip. I developed some lifelong friendships during that trip along with ideas that I hope to implement in the future at Broadway. 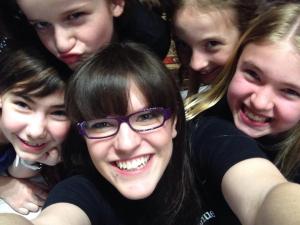 Selfie at the bowling alley.

7. Ok – basically everything about serving at Smoke Rise. Thanks to CBF’s flexibility, I got to serve at Smoke Rise for nearly a whole year, and it was one of the best experiences of my life. Not only did it remind me of how I was neglecting to follow the call on my life, but it affirmed my ability to minister effectively and with grace. I will never forget the wonderful people I worked with and the ways that they helped to shape and encourage me as a minister. Not only the ministers, but the children and families I served alongside changed my life for the better and I am grateful that we got to share this journey together.

Mindy and Eric’s wedding on the beach.

6. Performing my first wedding. The year before I started seminary, my friend Mindy said she hoped I would go and get ordained so that I could perform her wedding someday. Little did I know that day would come so quickly after seminary. In July, I met Mindy, Eric, and their family at Fort Walton Beach and led them through their marriage vows. Looking back on that day, I am not sure how I held back my tears as I witnessed Mindy and Eric commit their lives to one another and become one family. (Another post about this day to come in the near future.)

Getting ready for the big moment!

5. Baptizing three precious children. Baptizing three of the children I got to work with at Smoke Rise will probably go down as one of the best days of my entire ministry. That day, I experienced the magic of baptism waters and affirmed three beautiful little girls in their walk with Christ. Looking out to the congregation gathered and seeing the joyful tears streaming down many faces, I was overwhelmed by the presence of God and the holiness of the moment. I am so grateful to those girls for asking me to be a part of their special day. 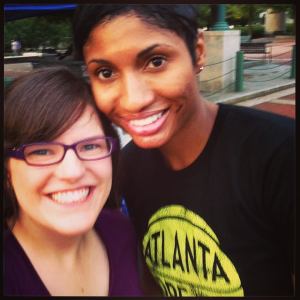 4. Just generally being an Atlanta Dream season ticket holder. As you read earlier this year, my season with the Atlanta Dream was memorable to say the least. Not only did I get to meet Louisville alumni Shoni Schimmel and Angel McCoughtry, but also hung out with five time NBA Champion Michael Cooper! And I have lots of fun selfies to help me savor the memories. 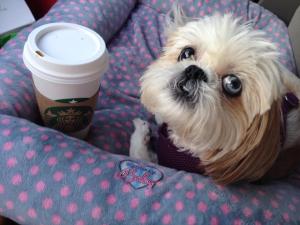 Our big car ride to Louisville!

3. Moving back to Louisville. If you told me in January that I would move home by the end of the year, I would not have believed you. I hoped that the year would find me moving away from Atlanta, but my wildest dreams wouldn’t allow me to imagine going back home. Over the past three months, I have enjoyed many visits with family, reunions with old friends, and endless amounts of Qdoba and Graeter’s ice cream. What a wonderful way to end the year! 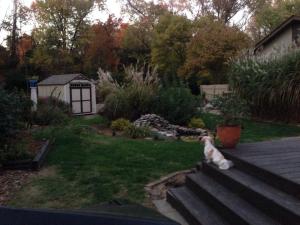 2. Buying my first house. Though this was definitely the most terrifying thing I did all year, I am so excited to own my home. I have had so much fun decorating and repairing, cleaning and dreaming. I can’t wait to see how much life this house will witness, and how many stories these walls will be able to tell. This is the perfect place for me (and Sookie), and I am so happy I braved my fears, wrote the largest check of my life, and opened the door to my new home. 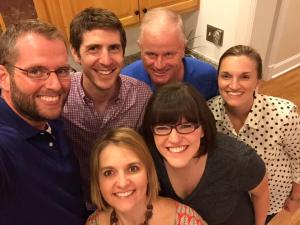 The wonderful search committee that brought me here!

1. Joining the ministry staff at Broadway Baptist Church. If there is a theme to this year, it seems ministry is it. I guess that’s probably the theme of the rest of my life… But in whatever circumstance, this year has been a turning point in my ministry. I am having trouble putting words to how grateful I am that Broadway Baptist called me to serve full time on their ministry staff. The people at Broadway are so wonderful and the staff is incomparable. I am so excited as we begin to dream and vision together what the ministry at Broadway will look like in 2015 and beyond.